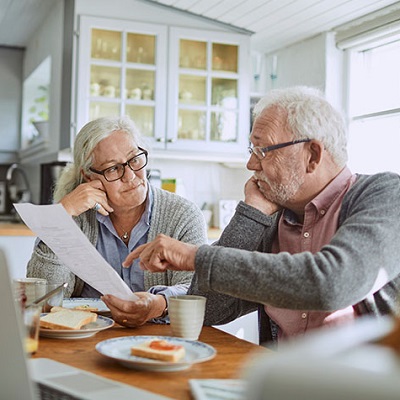 Ireland, like every other western country, faces a retirement crisis. For most people, the state pension alone will not be enough to survive on. There is a growing consensus globally that the solution is to revive a retirement plan that is centuries old.

“As the baby boomer generation retires with over €50 trillion of savings, we directly address their greatest financial problem with the most sustainable and cost-effective lifetime income solution in the world. Research shows that it even enhances their pension wealth by 87 per cent with no added risk,” McClelland said.

Sixty per cent of over 55s are now more scared about the consequences of running out of money in old age than they are of dying. “A few years ago, I noticed my mother seemed down and when I asked her, she said that in her golf club all of her retired friends were frightened of running out of money, wondering if they might have to rely on their kids to take care of them.”

Women most likely make up the majority of that 60 per cent because typically they retire with less money saved as a result of lower pay and career breaks. The former investment banker began searching for a solution.

“I started reading about this thing called a tontine, and I found lots of academic papers from highly respected academics around the world saying that there’s a retirement crisis on its way and the only way we’re going to solve this is to bring back the tontines.”

“When you join a tontine, you’re taking a bet on you. You no longer worry about living 20 years, running out of money and becoming dependent on your kids because you are taking a bet that you’re going to outlive everybody else. If you do, the payoff is so great, you’ll never have to worry about money again.”

To read more, please click on the link below…
Source: Irish fintech set to turn the tide on the global pension crisis | Business Post

Irish among keenest when it comes to digital banking